The Top 10 Benefits of ReactJS Development

Home The Top 10 Benefits of ReactJS Development
i am Here to help you  Member Name, Designation - 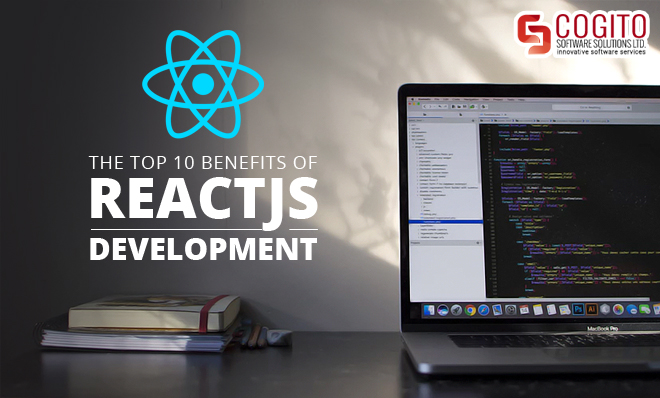 The world of front-end development is in a state of continuous evolution.

On a daily basis, new tools and technologies are being developed and released.  As such, there are increasingly bigger numbers of frameworks and libraries accessible these days to look over.

As a result, it has gotten increasingly hard for entrepreneurs to settle on the correct decision.

Presently, with regards to front-end development, we have seen that Angular has become the default choice for entrepreneurs and business owners who wish to put their business on the web.

In any case, there is another increasingly popular framework for front-end development called React JS development which has been breaking a number of records in the world of web development.

In simple terms, React JS is essentially a JavaScript library that has been assembled and kept up by Facebook.

As per Jordan Walke, the creator of React JS, React is a proficient, flexible, and declarative open-source JavaScript library for the creation of simple, scalable, and fast frontends of various web apps.

Since the time of its launch, React JS development has managed to take the world of front-end development by storm.

A recent survey conducted by Stack Overflow has managed to uncover that React is currently the most loved among all web frameworks. On the other hand, Angular managed to get the ninth position in the same survey. 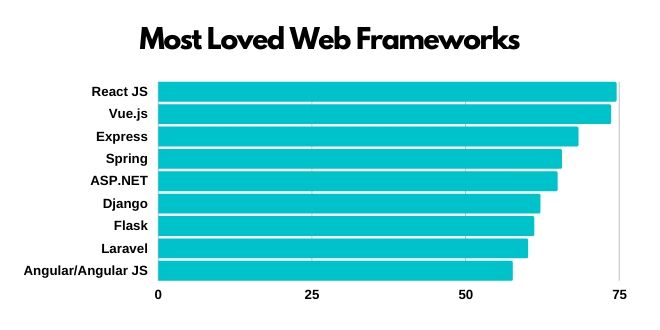 React JS can be easily considered to be a smash hit. Launched back in 2013, this JavaScript library has rapidly won popularity in the broader web development community.

Today, React JS is still maintained by its original creator, Facebook, along with the broader development community.

Currently, React JS is being utilized by many leading organizations. Some examples include PayPal, Netflix, and Apple. Moreover, hundreds of thousands of websites are utilizing the React JS system.

Considering that so many well established organizations are using React JS, including some of the biggest brands across the world, it surely must mean that React JS development offers some amazing benefits. Is that not so?

Of course, React JS development most certainly does.

In fact, it is easy to wonder the following question.

What are the major benefits offered by React JS that have attracted so many organizations and brands to start using React JS development?

In this article, that is exactly what we will be covering.

Read on to know the answers and more!

The Benefits of React JS development

In short, React JS development offers an incredible number of advantages. Keep reading to understand why React JS is something that you should consider seriously for your next project. You will also be finding out how you will benefit with React JS. 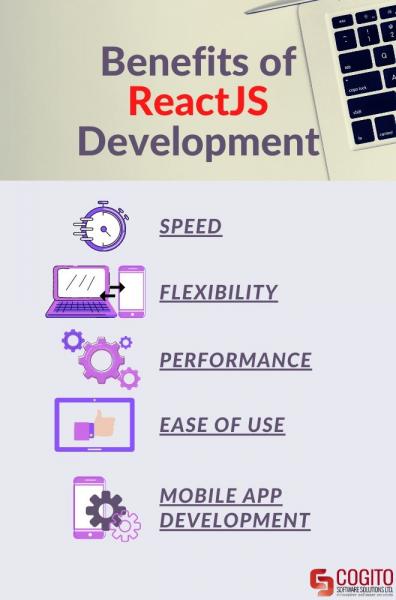 React JS fundamentally permits the developers to use individual components of their application on both the server-side and the client side. That, in turn, lifts the speed of the overall development process.

In straightforward terms, various developers can build individual components and, despite this, all the changes made will not affect the logic of the overall app.

Contrasted with other frontend frameworks, the code in React JS is simpler to maintain. It is also flexible thanks to its inherently modular structure. In turn, this flexibility ends up saving a lot of cost and time to the organizations using it.

The fact is that React JS was developed with the intent to deliver high performance. As such, core of this framework system offers a virtual DOM program along with server-side rendering. This allows even complex applications to run amazingly fast.

The Ease of Use

Deploying React JS is genuinely easy to achieve as long as the developers possess at least some basic knowledge on JavaScript.

Moreover, an expert developer of JavaScript can easily and quickly become familiar with all the intricate details and features of the React framework in just a matter of a couple of days

If you were thinking that React JS is only suitable for web development, you would be unimaginably wrong. After all, Facebook has already taken the steps to upgrade the framework for the development of mobile native apps for not only the Android platform but also the iOS platform.

With this, you now know the major benefits offered by the React JS framework. So, let us now move on and discover the top reasons why you should choose React JS development for the next project you have.

Why ReactJS Is the Best Option for Your Project

We have already taken a look at the advantages offered by ReactJS Development. As you have surely understood, those benefits cannot be ignored.

As such, it is now time to understand why you should be seriously considering ReactJS framework as your choice for your next project.

Compared to the other well-known and popular frontend frameworks such as Angular or Vue, React JS is certainly a lot simpler to learn.

Actually, it's one of the fundamental reasons why React managed to become so popular in such a short period of time. It helps organizations rapidly build and develop their projects.

It is simple really, the harder it is to gain proficiency with a specific framework or technology, the more time it will take to start the development process. What's more, people, by their very nature, generally tend to keep away from things that are hard to learn and use.

However, since React is a basic framework that is really easy to learn, use and get started with, organizations and large brands tend to be more inclined towards its utilization.

Today, the quality offered in the UI in any application has become a critical part of its success. On the off chance that the UI is inadequately designed, at that point the chances of the app to succeed is reduced drastically.

However, if that application has top notch user interface, then the possibility that the customers love to utilize the application will increase.

In this manner, building rich UIs is kind of important for an application to not only survive but also flourish.

The great news is that React JS permits building such top notch, rich UIs with its declarative components.

It Allows Custom Components to be Created

React JS offers JSX which is an optional syntax extension. Thanks to it, it becomes possible to write and build your own components.

These components fundamentally acknowledge HTML quoting. Furthermore, it also allows for all subcomponent rendering to become an enjoyable experience for the developers.

In spite of the fact that there have been numerous discussions on the topic of JSX, however it has since become useful for building custom components. Additionally, it also has allowed for the development of high-volume apps and converting HTML mockups into actual ReactElement trees.

The fact is that frequent updates regularly become a major headache when an application possesses a complex logic and when even a single change in one component can drastically influence the other components.

That is why, to battle this specific issue, Facebook has worked to amplify the ability of React called component reusability feature.

In React JS, the component reusability feature fundamentally allows the developers to reuse and redeploy the same objects as many times as needed.

The procedure is basic as well. For instance, the developers can start including simple components, for example, button, checkbox, and text fields and afterward move them into wrapper components, which are finally moved forward into the root component.

This methodology essentially gives better maintenance of code and even growth as every component has its own internal logic. Moreover, that internal logic is rather easy to control and manipulate. As a result, this helps the productivity and efficiency of the development process.

When you are developing an app that is not only complex but is also high-load, it becomes essential to define the complete structure of the app right at the start as it can have a major effect on the performance of the application.

In straightforward terms, the DOM model offers a tree structure. Along these lines, a minor adjustment at higher level layers can make a huge impact on the UI of the app. For solving this issue, Facebook has presented what is called a virtual DOM feature.

As the name suggests, the Virtual DOM is actually the virtual representation of the DOM that permits testing all modifications first to the virtual DOM to ascertain the risks associated with every modification.

As a result, this methodology assists with the maintenance of a high application performance while ensuring a superior user experience.

It is a fact that for any business operating online, search engine optimization is critical to its success.

As per Moz, a reduction in the page load time and an increase in the rendering speed will increase the rank of an application on Google.

Because of the quick rendering, React JS, contrasted with different frameworks, essentially reduces the overall page load time. That in turn enormously helps organizations in ensuring that they get the first position on the Search Engine Result Pages on Google.

It Offers a Handy Developer Toolset

The fact is that learning about the emerging technologies and utilizing them in actual projects can be not only be fun but also advantageous to any developer. However, thatis only the case if they are utilized effectively and correctly.

Facebook certainly gets this and it's therefore they have included genuinely necessary React dev tools and even Chrome dev tools in the React JS framework.

As such, these React tools essentially assist developers with finding and understanding child and parent components and observe the component hierarchies. Additionally, they also help developers assess the present state and props of the components.

React JS, like Angular, has solid support from the developer community, which is one of the main motivations to embrace React JS in your project.

Additionally, experts are likewise offering free React tutorials and tips on Youtube and elsewhere on the web. Aside from this, React experts are additionally routinely tackling questions on QA destinations such as Stack Overflow.

All of this means that on the off chance that you ever get stuck while utilizing React JS, you can easily find reliable solutions delivered by experts.

It has Better Code Stability

React JS follows downward data flow which helps in ensuring that the parent structure is not influenced or affected by any changes in its child structure.

Thus, at whatever point a developer makes changes in any object, they just need to modify the states and make the appropriate amendments. As a result, only a particular component will get updated.

As a result, this structure and data flow allows for improved code stability and the smooth performance of your application. 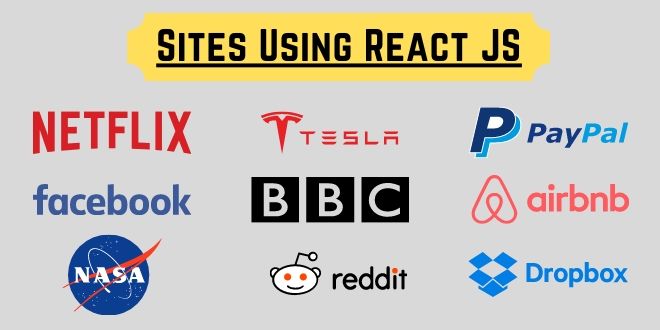 Chosen by Many Fortune 500 Companies

If you are still wondering if you should be using React JS development, consider the following.

Some of the biggest brands in the world, including several organizations classified as Fortune 500 have begun using React JS for their mobile app development and web development needs.

Some of the companies that are using React include Airbnb, Tesla, Netflix, Paypal, BBC, New York Times and even NASA.

In short, as so many major companies are using React, then it is a fact that React is truly useful as a frontend development framework and for mobile app development.

With this, we hope that you now understand why React JS is an excellent frontend framework and why you should be using React JS development.

So, what are you waiting for?

Contact Cogito Software today and get a free consultation on React JS for your project! 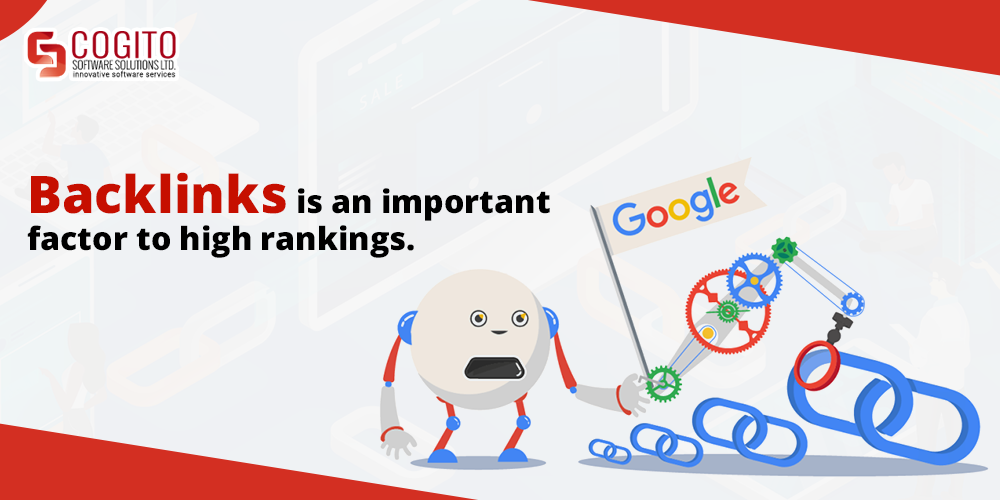 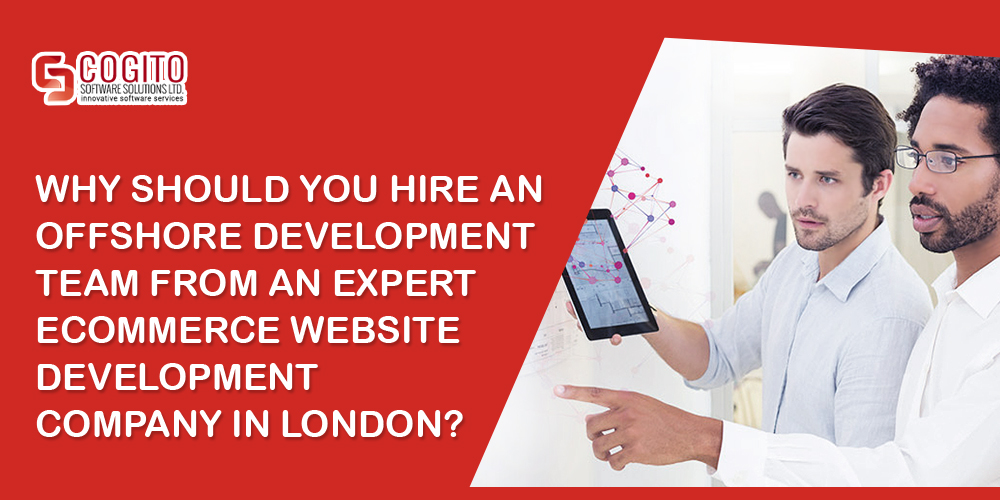